Get Your Tree Report

The Irish Times – Want to be a hero Dad? 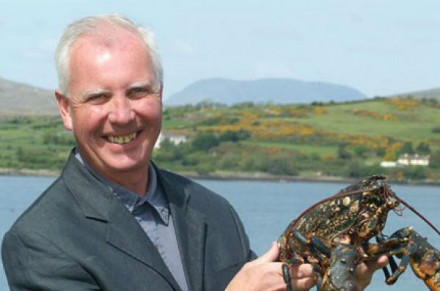 Want to be a hero dad? Don an apron.
By JOHN McKENNA

I don’t need a Batmobile. I don’t even need a cape or a mask. Just give me a Bunbury chopping board and a Global knife and I will wade into battle with whatever fillet of fish or super-villain vegetable fancies its chances.

With all these superhero movies jamming up the cinemas these days – Thor, Green Lantern and Captain America this summer alone, all attempting to replicate the swooshing success of the Batman and Spider-man juggernauts – it might be a good time to ask a simple question: why do we need male superheroes?

The answer is simple: it is incredibly difficult for a man to be heroic. We need the guys on screen because, in real life, it’s well-nigh impossible to be a hero dude.

Men have a feeling that they should be a hero to their partners and their children. But, as my colleague Adam Brophy points out each week in this supplement, being a hero figure to children, in particular, is not going to happen.

I profoundly regret having to inform Adam that even his current hero status is, sadly, set to plummet. At some point in the future his girls will – gulp! – become teenagers. Just try being a hero dad to teenage children.

The good news is that there is one way to be a hero.

As the writer and cartoonist John Donohue points out in his introduction to a collection of essays he has curated, Man with a Pan, his own discovery of the imperative to cook came following the birth of his second child.

“Distraught from a lack of sleep, troubled by [his wife] Sarah’s anger, and dodging thoughts of our financial instability, I ducked into the kitchen. I went in a coward and I came out a conquering hero.”

I don’t need a Batmobile. I don’t even need a cape or a mask. Just give me a Bunbury chopping board and a Global knife and I will wade into battle with whatever fillet of fish or super-villain vegetable fancies its chances.

Back in 1965, says Donohue, only 5 per cent of American dads cooked for their families, and I would guess that, back in the days of John Charles McQuaid, the figure in Ireland was even lower.

Today, the US figure seems to be that a third of all cooking time is done by dads and, again, I suspect the figure in Ireland may well be higher.

There are numerous reasons for the increase in dad cookery, and Donohue isolates one of the best ones in his book. “One important commonality can be found: men who cook for their families are more likely to be happy than those who don’t. Or at least they are more likely to have sex with their wives. Various studies have documented that men who do more work around the house – and that includes cooking – are more likely to have spouses who are in the mood for sex.”

Aha! So the way to be a hero dad – and to get your woman into bed – is to put on an apron. This is wittily brought out in what may be the best piece in the book, by the food writer Michael Ruhlman.

“How many parents does it take to cook a roast chicken?” should really have been entitled “Roast chicken and sex”, because that is what it is all about.

Ruhlman contrasts his life BK (before kids) with his life AK. BK he would pop a chicken in the oven and propose a little preprandial fling with his wife as the chicken roasted: “There was no better appetizer, and the meal afterwards was remarkably satisfying. The conversation that followed had an uncommon ease.”

AK it is all different: “Now that I’m a parent, the evenings are filled with something more than warm breezes. Family life can feel like a gale-force event.”

Ruhlman’s response to the AK pressure is to seize a time when the kids are out to cook for your spouse, and to have enough time to see where that leads.

“Much is made about families eating meals together: everyone in the house at the table to share the evening meal as often as schedules allow. I believe in this… But less commonly noted is the value of a couple – parents – cooking and sharing a meal alone. This is every bit as important in the cooking life of a household.”

Man with a Pan is fascinating because it shows how vitally important cooking is, both for the well-known writers who contribute and for the cooking dads who are interviewed about how and why they cook for their families.

It doesn’t go into all the sociological reasons why cooking dads are so important, though the writer Shankar Vedantam argues that “men who cook are actually engaging in political activity that is every bit as serious as that of the suffragettes who marched to win women the right to vote or the civil-rights protesters who marched to win equal rights for racial minorities. If you’re a man who abhors sexism, take up the spatula.”

We know all those reasons why it’s important for men to cook. But one of the best is surely the fact that it’s your one chance, dad, to be a hero to your wife and kids. And you don’t even have to wear your underpants outside your trousers.

John McKenna is author of the Bridgestone Guides: bridgestoneguides.com